GOD, PLEASE MAKE ME A PRESBYTERIAN

On Mooney Avenue we had fifty-four kids the Catholics: Boomie Shields’ mom birthed 17, the Greiwe’s 5, the Macke’s 7, the Protestants: Schultz’s six, Andre Le Claire, my love-hate peer had a younger brother and sister, Larry Patterson, in my sister’s age group had one sister, the Shirley’s were three, Greg Wilson had an older brother and a sister my age, the blond beautiful Peckstein family had a female threesome. Then there was Skip Gasch, an only child living with his divorced mother and her parents. Oh, Mr. Wilson, Greg’s dad wasn’t there either after a divorce. That left Johnny Brady and his sister going to the Christian Missionary Alliance church on Sundays – they got, the not quite normal curse for not being allowed to dance or play cards but at least they came under the Protestant umbrella of socially accepted religious faiths.

But, oh no, sister Sue and I received the karmic curse of ‘not believing in doctors’ because we were Christian Scientists. I got a B+ instead of an A+ on my health report for Mrs. Heath’s fifth grade class because I was too embarrassed to not list my family physician on the cover and I was too afraid to put Ms. Francis Fischman on there as our C.S. Practicioner.

My first grade experience of religious uniqueness had the school doctor sticking a tongue depressor in 43 fellow classmates’ mouths with an ‘Ah’ here and an ‘Ah’ there until he got to me. I was too terrified to be inhibited, so I screamed No, No, No! Esther, also known as my mother, told me not to believe in doctors. Sadder yet, I was fifty before I could tell her that I didn’t not believe in doctors, but I had had more than enough of Christian Science or in any religion, organized or unorganized. 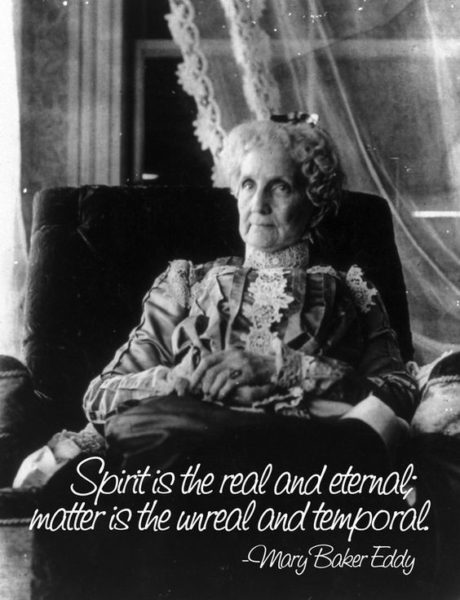 Being a member of cult – if you use another book in addition to the Bible e.g. “Science and Health with Key to the Scriptures,” by Mary Baker Eddy – wasn’t such a big problem in high school because the Catholics all went to Xavier and Walnut Hills was one third Jewish, one third black and one third Wasp. Until my sister came along three years later, I was the only cult guy in the 2,000 student body.

I didn’t run into any of those Islamic dudes until I was 42 and I went to work for USAID in Egypt. Every taxi ride conversation started off with, “where are you from?”

Well, what was I supposed to say? Technically, I’m in a Christian cult and at 42, I still haven’t got nerve enough to tell Esther that I don’t believe in any of that religion sh*t. So, I said, “okay I’m Christian.

“Your country is run by the Jews.”

My throttled response would have been: “If you hadn’t runoff all your Jews I’m certain Egypt wouldn’t be scrapping bottom on the GDP/per capita scale.”

Finally, the last two weeks of my 13 month stay, I found the perfect response to where are you from, “Brazil.” It was like the second coming of Mohammed, every taxi driver welcomed me with et-fa-dahl, et-fa-dahl, even stopping at the nearest soft drink stand for a complimentary coke, tea or coffee. The Egyptians, don’t want to be called Arabs, wished they could speak French, think the Italians are humorous, and obviously love the Brazilians. 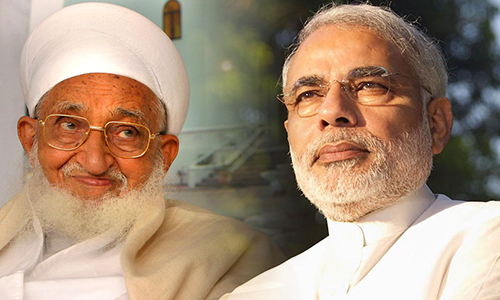 When I became a New Home Sales Counselor (a used car salesman in coat and tie) in a melting pot subdivision in suburban Houston, I learned the inside scoop on Islam. My three block ladder shaped sales territory had a Sunni mosque on the east end, a Shia one on the west end, Houston’s largest Evangelical Black church on the south and fringed by Houston’s 30% Hispanic community. One day I looked out my second floor office at Meshaq, Shadrach and Abendago. The seventh son of the Holy Father, (pictured next to Modi, the new leader of India) the son’s number two and their realtor, all wearing white pajamas and white with gold trim caps. They loved my model home, so much that they wanted to buy it furnishings and all.

Shallow salesman me, runs down there groveling with et-fa-dahls and all but converts to Islam. Meshaq and gang were Dahwoodi Bohras (Urdu: داؤدی بوہرہ‎, also spelled Daudi Bohra), one of 72 varieties of Islam, referred to as the Jews of the Islamic world, with major enclaves in London, Kenya, Bombay, Detroit and now Houston.

The Bohra’s became my best and most favorite customers in the neighborhood. They built the most expensive home, paid for the whole thing in $10,000 money orders, bought another home for their sheikh and installed the first pee-on-the-floor toilet in ‘Pioneer Homes’ history. When I complained to my Boston French-Portuguese boss that he had given me the ugliest ‘2650 Stockdale’ spec home to sell, he replied, “there was always an ass for every seat.” After my third sale of a squat (Asian) toilet to the Bohra crowd, I boasted at our Monday morning sales meeting, “now boss, we have a seat for every ass.”

The Sunni mosque brought me two Palestinian engineers and their families and my all-time favorite a Pakistani ship captain who ferried busted freighters from the Med through the Suez to Karachi. We commiserated over his dealings with a thieving Egyptian crew and my Bill Murray, “Ground Hog’s Day” repetitive taxi driver interrogations. I interrogated the Bohra’s about their beef with the Sunni’s and vice-a-versa the Sunni’s grudge with the Shiites. I listened to my Vietnamese AOTOCAD Jock’s war stories of fleeing Thai pirates on his open sea voyage to the Philippines. I quizzed my Krishna Indian family about karma and dharma. I taught Browns, Blacks, Whites and Off-Whites, how they could buy a brand new home for little or nothing down. They taught me that each person’s faith or religious philosophy belonged to them and came about from the culture in which they were nurtured.

My culture was surviving as a nurtured Christian Scientist among the Catholics and Protestants on Mooney Avenue. My passive-aggressive satirical humor was threatening Esther with, “I want to go to Notre Dame and become a doctor.” Marion aka my father, encouraged my passive-aggressive anti-religious behavior by dropping us off at church, picking us up afterwards but not attending services himself. He smoked, didn’t drink anything stronger than coffee and offered no opinion on religion. When I went off to Walnut Hills High School his counsel was, “If you don’t learn from the Jews, you won’t learn anything.”

Save for one snow day, I had a six-year perfect attendance record at Walnut Hills. My extra-curricular, after school, commitment was to never miss a single episode of “The Mickey Mouse Club”. My meta-physical, mind over matter, you don’t believe in doctors, nurturing in a Judeo-Christian culture left me socially retarded. What I did learn from the Jews, was their universal penchant for scholastic achievement. My religion stressed, “Therefore, man is not material, he is Spiritual.” I ended up near the top of the bottom third, 218/305 of my WHHS ’61 Class, while suffering headaches (self-criticism) after Sunday school class because of my failure to reconcile what appears real is unreal. 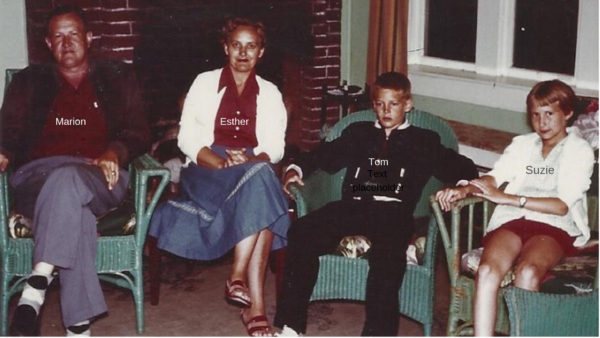 Mr. Blum, counselled, me my senior year that college would free me from my Childhood Neurosis: “psychosocial-dwarfism,” in my case a fear of growing up.

Psychosocial short stature (PSS) is a disorder of growth failure and/or delayed puberty of infancy, childhood, and adolescence that is observed in association with emotional deprivation, a pathologic psychosocial environment, or both. A disturbed relationship between child and caregiver is usually noted.

Blum was right because my first year I was introduced to Psych 101. When I went home to share my new found knowledge, Esther was worried that I would transfer to Notre Dame and be a Psychiatrist. Esther knew for sure that Mary Baker Eddy had written of the dangers of Mesmerism, Animal Magnetism and Psychology. She was somewhat relieved that the taboo belief was spelled P-h-r-e-n-o-l-o-g-y, not P-s-y-c-h-o-l-o-g-y.

However, I wasn’t completely healed of psychosocial dwarfism until I left 3531 Mooney Avenue for the Sigma Chi Fraternity house. There, I discovered my true calling, hedonism. Amazingly enough, I was able to faithfully maintain a hedonistic lifestyle for the next four years and still graduate with a BS of Architecture. More amazing was joining the Marine Corps, via the Vietnam Era draft, and not having to surrender to a foxhole conversion to some other religious curriculum. Unfortunately, ever man and woman must revisit their childhood between the ages of 45 to 55. That means everybody, Christians, Agnostics, Muslims, Jews, Atheists, Democrats, Republicans, Kings, Presidents, Queens, Prime Ministers, even Hedonists and Jack-Christian Scientists. 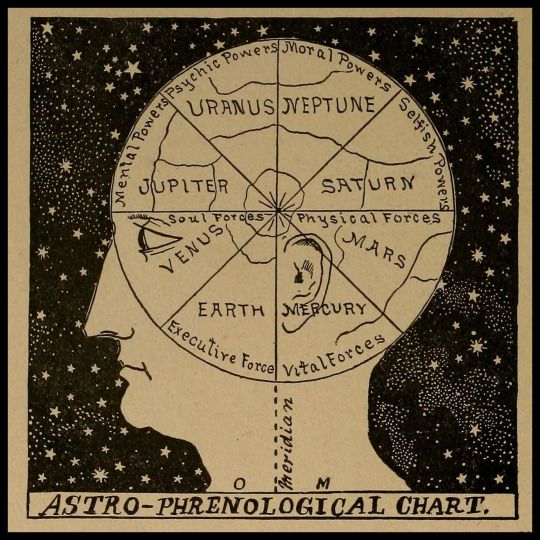 Thus, at the tender age of 48.2 I discovered psycho-therapy, Alcoholics Anonymous and Prozac. If, Mary Baker Eddy had lived past 1910, she probably would have put out an addendum to Phrenology, Mesmerism, Animal Magnetism and Psycho-Anything-ism. I told Esther that I was now free of religion in any shape or form even though my socio-cultural being still resided at 3531 Mooney Avenue. tegory66@gmail.com