Those born on January 13 are very much concerned with enhancing their security through improved status. Of course some January 13 people are born into wealth, but most struggle upwards their whole life to achieve a position of preeminence, power, security and authority. Having bettered their lot, rarely if ever will they allow themselves to slip back into a lower social category. Indeed those January 13 people who have risen from poverty often display a repulsion for their humble beginnings. Thus they generally feel most comfortable identifying with the middle and upper financial classes. Being well-off, comfortable or simply secure are the only possibilities as far as these determined individuals are concerned. 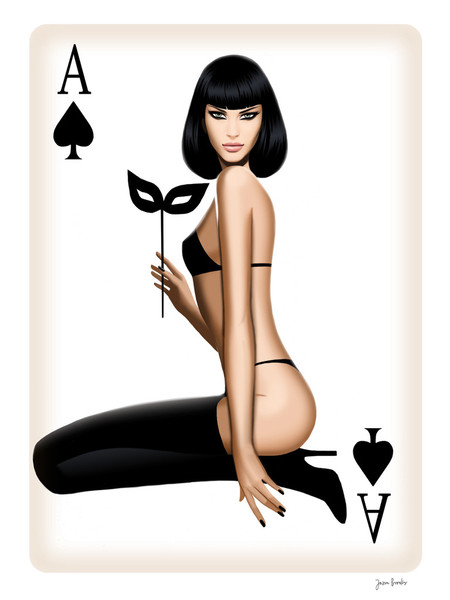 of Spades: The Card of AMBITION: The Ace of Spades is the ancient symbol of the secret mysteries, the most spiritual card in the deck, and yet, also the most material. The Ace person usually has a life-long conflict between their material, worldly urges and their deep, past-life spiritual heritage. Their displacement and Karma Card, the Seven of Hearts, suggests trials in the realm of relationships. Their mission is to find the inner peace that comes through a life of service and dedication to higher principles. As their karma from previous births is discharged, they come to realize this and learn to follow the unwritten law of spiritual truth. In many ways they have put themselves upon the cross. Whenever they deviate from the law, or disregard their spiritual nature they seem to be unjustly punished. Those Ace of Spades who are mostly material- minded seem to have one problem after another. However, whenever they do follow the law, they are protected, finding the inner peace they seek through awareness of their wealth of spirit. the Day of UPWARD MOBILITY: the January 13 ACE

Rod Rosenstein, is an example of the high-ranking D-TYPE's "Let's get to the point" inclusively ambitious, guided by the - karma SEVEN

of Hearts "Spiritual Love." Yes, underneath Rod's snarky Congressional testimony presence, is a warm heart for humanity. Rod's confidence and sometimes arrogance, can be attributed to the January 13 Ego, the NINE

of Clubs "Giver of Universal Knowledge." No one knows more, in their area of expertise and they love to show it Hollywood style - "The Department of Justice is not going to be extorted.”

The Horatio Alger illustrates his ambition (Harvard Phi Beta Kappa), his masculine attraction, and his spiritually based 'Rags to Riches' stories. Horatio Alger, John J. Pershing, and Rod Rosenstein are the only three famous D-Types not to go to Hollywood. ,