When I discovered Robert Lee Camp's Cards of your Destiny, the Rosetta Stone, for translating astrology into psychology, I laboriously, did cut and paste partial readings for only the Birth Card,  and just the three most important ones: Long Range, Pluto, and Reward Cards. After we moved to Antalya in 2015, I licensed Camp's Card Science Software for PC's, which allowed me to generate a full report for both the Self (Birth) and Ego (Planetary Ruling) Cards. The report comes in a PDF format and I use this system to day for: This past August, I went a step further and subscribed to Camp's Web Based Destiny Software, which has much improved graphics, better explanations of the information and takes a lot less time to produce. Additionally, the information is easier to digest. My contribution to these generic reports is to illustrate how the two readings Birth (Self) & Planetary Ruling (Ego) mesh with the corporate world of Behavioral Psychology known as Psychometrics. Robert Camp, an Astrologer, has through his books and software products made understanding our personal Horoscope & Astrology Readings digestible and visual. The Difference between Psychometrics and Astrological Psychology

Counting Leap Year, there are 366 discrete birthdays, but only 52 Birth (Self) Cards. For example: I am a September 13, JACK

of Clubs but there are twelve JACK's, January 29 Oprah being the most famous. The Scorpio's know too much or let's say they are more flexible than others.

Conversely, the Leo's, like August 15, Maxine Waters, have Ego (Planetary Ruling) and Self (Birth) cards that are one and the same. This explains why Leo's are so confident and prone to singleness of purpose. 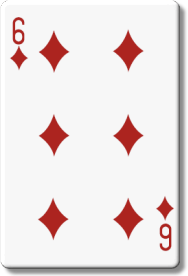 This card can mark a year in which you find a deeper purpose for your life and work. Any six in such a prominent position can signal a time when we discover something that we are fated to do. In this case, it would involve helping others to find a more meaningful set of values to base their life upon.

This is a Major Completion Year for Bernie because he has a Nine card in a prominent position this year (Long Range, Pluto, Result, Environment, or Displacement) Why are our Birthday Readings so cheap? $4.95 lets you try it for next to nothing, to see if the Present & Future forecasts are meaningful. If they prove to be useful, then you can come back for more at the same price.