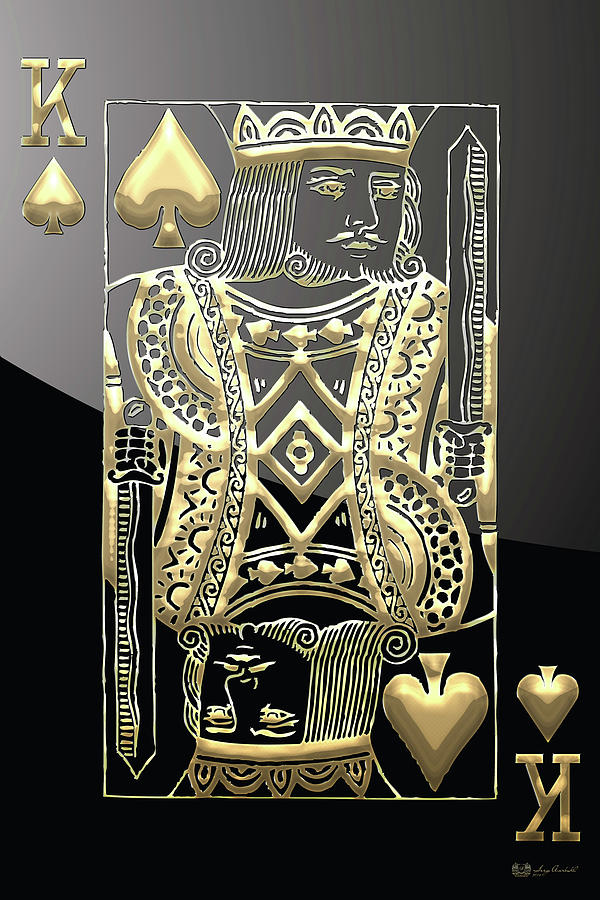 of Spades: The MASTER Card:  The people of this card are masters of anything they decide to do. Unless the men decide to stay as Jacks, they always rise to the top of their chosen profession. The King of Spades is the last, most wise and powerful card in the deck. They have a high regard for wisdom, a love of learning, and are willing to do whatever it takes to achieve success and recognition. They are capable of managing the largest organizations. They have indecision about love and close relationships and often they forego marriage for a single life. They are always enterprising and ambitious, rarely lazy or of a lower persuasion. 
Even though they don't all reach a high place, all of them have the wisdom and rarely do they sink down to lowly acts. With all their abilities, they are often discontented. This can be channeled as progressiveness or dissatisfaction. When they go within, to the spiritual realms, they are able to penetrate the deepest secrets with ease. These are the Masters. of Hearts and  EIGHT

of Clubs - These two cards are your main Karma Cards. You have the strongest connections with them.
You are also karmically connected.to the SEVEN

of Clubs, and TWO

of Hearts - These are the cards of people you will often find in your life. Source: Robert Camp's Love Cards. of SPADES: Elin Maria Pernilla Nordegren is a Swedish model, and is the ex-wife of professional golfer Tiger Woods. January 1, 1980 (age 40), Stockholm, Sweden. "If you were born on the first day of the year, the top card in the deck, the King of Spades is your personal symbol. It represents the ultimate in spiritual energy and wisdom. Perhaps recognition of this tremendous potential, and directing these forces into some constructive expression will be the greatest challenge of all. This is not likely to be helped by the fact that this power, spectacular as it can be, is apt to be of such a subtle, spiritual nature, that you may not even recognize it, or feel sufficiently motivated to develop it.  https://www.metasymbology.com/ Be it in some profound, noble role, or in some far less conspicuous expression of service, your true place is to be found in an expression of leadership. Quandaries as to what you want to do may leave you in a mire of mediocrity, drowning your frustrations in anything that will dull your awareness of your failures. 
Rise to the challenge, and you may bring inspired leadership as a teacher, counselor, healer, statesman or parent. Accept the opportunity spelled out symbolically in your card, and apply the essence of mastery, or personal discipline which it encompasses, and there should be no limit to what you can accomplish."
– Arne Lein - "What's Your Card?" Self "The Highest Initiate"