April THIRTEENTH (8d) the Day of the ICONOCLAST:

Those born on April 13 attempt to solve their conflicts with the world through their work. Exceptional individuals born on this day are often forced to be true pioneers, blazing new ground in an attempt to find a place in society with which they are basically at odds. But even those who operate within a more mundane social context generally manifest a desire to rewrite the rules of their field. Powerful in their expression, April 13 people are capable of working alone and perhaps unappreciated for years. Finally if they are successful, they force others not only to recognize the validity of their often radical approach but perhaps to adopt it for themselves. If unsuccessful, they can naturally suffer from feelings of rejection or inferiority, but most likely will continue along their chosen path no matter what the world thinks of them. Less highly  evolved individuals born on this day may attempt to deny their inborn talent for individual, innovative actions by adopting a repressive, reactionary stance or assuming a powerful social position.
ADVICE: Make an effort to get out socially; don't get bottled up. Try to occasionally see the world through the eyes of others. Give freely and learn to accept generosity as well. Sometimes your pride gets in the way.
Strengths: STRONG-WILLED-PIONEERING-OUTSPOKEN Karma for the 8 of Diamonds - Material Control

of Diamonds: THE SUN Card;  As the sun card, the Eight of Diamonds has the opportunity to rise to great heights in this life. Regardless of whether they make the move for great fame, they are always respected and looked up to in their work. They love to "shine". These people are powerful and can be dominating. Their Eight power and position in the Crown Line gives them an independent and sometimes "pushy" nature. In any case, they know what everything is worth and can drive a hard bargain. They can achieve anything through hard work and the application of their inherent intuition. When they learn to re-direct their power inward to themselves and stop trying to change the world, they can attain the lasting peace of inner power and self-mastery, the keywords of their Queen of Spades Karma Card. In love they tend towards fickleness. The Eight of Diamonds independent, changeable nature may resist marriage. They must learn to give others freedom of expression without trying to change them. They also need to learn to accept themselves as they are.
Your Karma Cards are the: of Diamonds Thomas Jefferson was an American Founding Father who was the principal author of the Declaration of Independence and later served as the third President of the United States from 1801 to 1809. April 13, 1743, Shadwell, VA.

All 8's are power, but with the 8 of Diamonds, their need for power is in the material realm. EIGHT of Diamonds people are very independent - at times domineering and exacting. Their sense of balance is naturally directed toward values and material assets, and they usually know when and what to buy, and what it is worth - exactly. EIGHT of Diamonds are the manifestation of the creative principal, the Sun. They have the ability to overcome all obstacles and conquer all enemies. As a rule, trust and confidence may be freely given them. They are wise guardians of the goods of the dead, and wise conservers of the interests of the living. They will serve honestly and faithfully, often at their own expense. http://www.metasymbology.com/ ARIES III The Week of the PIONEER April 11 - 18: Aries III's are quite uncharacteristic of the more self-centered, egoistic Aries types; much more social in nature, they must interact dynamically and regularly with their fellow humans, particularly with regard to bettering their living and working conditions. They are often true leaders, more concerned with doing good for their followers than with their own glory. Pioneers, they are often idealistic types who follow their visions fearlessly. Needless to say, they cannot exist side by side for long with .another dominant personality, particularly one who challenges their authority. Such struggles may confuse or bewilder those born in this week, who believe that they are only acting for the good of all.
Strengths: PROTECTIVE, GENEROUS, FEARLESS
Weaknesses: UNREALISTIC, UNYIELDING, SELF-SACRIFICING 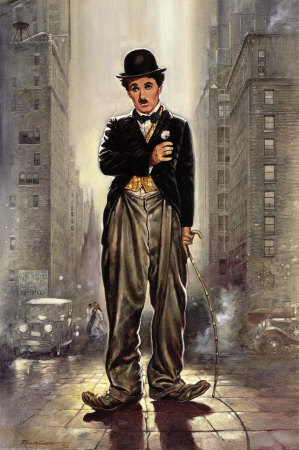 HEART, is included or embedded in their otherwise right thinking, Who They Are, soul. To compensate, they fear, that they must maintain - Material Control. 8 of Diamonds see Money as Power and don't want to lose their money and thus their power.

the Day of the Iconoclast.