Those born on April 20 have highly developed leadership abilities. Dynamic individuals, their inner drive invariably points them in an upward direction, inevitably toward accomplishment, success and power. In addition, those born on this day are rarely content to simply advance their own cause but also must feel that they are able to put their family, business or social group on the right course. Group values always remain a high priority for them.
STRENGTHS: Powerful, Inspirational, Exciting
WEAKNESSES: Illusion-Prone, Overly Emotional, Power-Fixated

ADVICE: Don't go off the deep end; ground yourself. Try to be more accepting and less touchy. A quiet confidence lessens your need to prove yourself. Meaning of the Ace of Diamonds - I AM Worth

of Diamonds: The Card of DESIRE for MONEY and LOVE: The inherent passion in this card can be expressed in a variety of ways but it always seems difficult for them to have both money and love at the same time. Perhaps this is because there is not enough energy to acquire as much as they want of both. In any case we find these people striving to attain one or both most of the time. They are often loners in spite of their desire for love contact. They can be impatient and mercenary, or they can be the greatest givers. These people are creative and capable of working two jobs at once. They meet new people every day and much of their good fortune comes from these meetings. Romantically, they are often indecisive, or they attract others that have difficulty making decisions. They like to be away from their loved ones for periods of time. All of them are inclined to be psychic. If money or power does not take top priority in their values, they can have lives of great satisfaction and accomplishment.
Your Karma Cards are the:

Two of Diamonds - You owe something to this person and they reflect you in some way.

Ace of Hearts - This person owes you and you are their mirror in some way.
ACE of Diamonds Douglas MacArthur was an American five-star general and Field Marshal of the Philippine Army. He was Chief of Staff of the United States Army during the 1930s and played a prominent role in the Pacific theater during World War II. January 26, 1880, Little Rock, Arkansas. ACE of Diamonds: Ambition is the key word for this card, and usually in form of cold, hard, cash. Contacts are very important to the Ace of Diamonds. They like secrecy in connection with their associations; both business and personal. The Ace of Diamonds can be incredibly charismatic, able to focus their magnetism to achieve success. They are curious about metaphysics and spirituality, but they have a hard time believing in such things unless they can profit from them. There can be a lot of obstacles and difficulties for this card - and it's mostly the women who suffer in the realm of relationships and matters of the heart. The negative Ace of Diamonds has issues with greed for money and power. The positive Ace of Diamonds are willing to love for love's sake alone, thus able to reap the personal and material success so strongly desired.  http://www.metasymbology.com/

ARIES-TAURUS CUSP The Cusp of POWER: April 19-24 Those born on the Aries-Taurus Cusp strive for power in their daily lives, but their personalities temper and ground the fiery dynamism of Aries through the solidity and earthiness of Taurus. The undeniable trademark of those born in this week is a preoccupation with power. They see their birthright as nothing less than the very best that life has to offer.  Yet they generally know how to pursue their goals without arousing antagonism in others. Powerfully persuasive, they make it easier and more advantageous to agree with them than to disagree. Whether it takes a long or a short time to achieve their ends matters little to Aries-Tauruses as long as they get there. Above all they have a superb sense of timing and of kairos - knowing the right time to act and not act.
STRENGTHS: Solid, Powerful, Lavish
WEAKNESSES: Blunt, Mercenary, Lazy
ADVICE:  Try not to overpower others. Learn to back off and allow things to happen as they will. Although your hands may itch to do the job, give others a chance to do it their way, even if they make mistakes. Try to remain sensitive to the feelings of those around you. 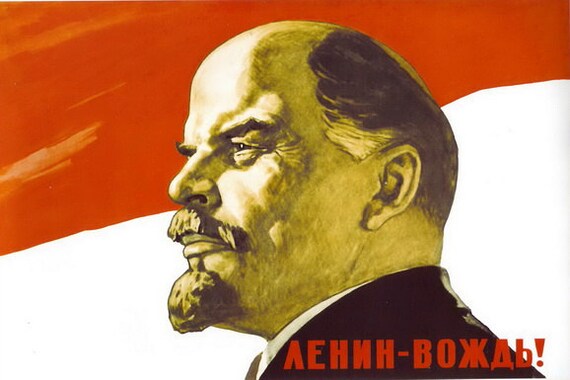 the Day of WORLDLY CHALLENGE: decided to have a complicated life, by being born on the cusp of Aries (Fire-Doing) & Taurus (Earth-Deciding). Before drawing their Ego card or uniquely, for April 20th two Ego cards, the ACE

of Diamonds, their true Self, the +karma ACE

of Hearts "The Desire for Love Card" and the -karma TWO

of Diamonds "Wheeler-Dealer Card" are all on the right brained side of Air(Intuition) and Water(Feeling) signs. By birth, April 20th is familiar with all four corners of the psyche. of Clubs "The Writer's Card" Ego 1, followed by the FIVE

of Hearts "The Emotional Adventurer" Ego 2. Most people except the Scorpios only have one Ego to do battle with their Self, but April 20 thinks they are creative like Stephen King, while also feeling, that they, like Chairman Mao, are the masters of adventure.

Daniel Day-Lewis (Irish film actor), demonstrates how to get the most out of the birthday cards you receive on April 20th.