In western astrology, Aries is a sign of initiative; a leader, with bravery, and the autonomy required to commence. Uncomfortable with inaction, Aries is the Cardinal sign of Fire, and thus is the zodiac of drive. Ruled by Mars, Aries is strongly autonomous, and can be headstrong and crass, sometimes showing an impulsive or reckless approach to issues. With the Ram as their standard, Aries tends toward obstinate and self-seeking. Jaunty and self-supporting, Aries is capable of independence. This quality may encourage others to emulate—but Aries is unlikely to pause for supporters. When Aries is found in a chart, there is enthusiasm and decisiveness Because Aries I's show the frank and open demeanor of the child, they are sometimes accused of having a naive or superficial view of life. But the so called naivete that they project is only one manifestation of the awe and wonder they experience in response to the world around them, which they are constantly rediscovering. An intense need to express wonder, and to share their observations with others, is also characteristic. Like children, they not only exhibit spontaneity and liveliness themselves but also appreciate these qualities in others.  In fact, many may not understand how deep their need for direct expression really is.

Strengths: Frank, Spontaneous, Dynamic
Weaknesses: Naïve, Transgressive, Over-idealistic
ADVICE: Cultivate your quite side, yet do not neglect your aggressive urges or let them get bottled inside. When you feel frustrated, try to understand the problem and then take the initiative. Acknowledge your need for affection and support. Do not hesitate to ask for help when you need it. 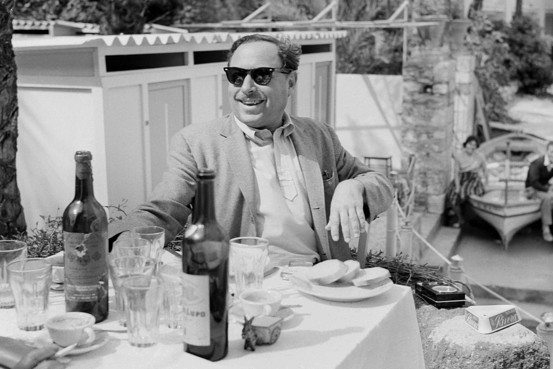 ARIES I NOTABLE: Thomas Lanier "Tennessee" Williams III was an American playwright and author of many stage classics. Along with Eugene O'Neill and Arthur Miller he is considered among the three foremost playwrights in 20th century American drama. March 26, 1911, Columbus, Mississippi. Aries II people need to be at the center of things. They often feel lonely, even in the midst of a crowd, and consequently they rarely allow themselves to be alone. Born in the Week of the Star, they must have satellite planets revolving around them: admirers, supporters or co-workers. These individuals may seem self-centered, but even as they insist that their central position not be jeopardized or threatened, many are able to let go of their ego to a surprising degree by giving themselves fully to a project, cause, movement or religion. Aries II's can be swept away by their own vanity, and this can be unpleasant for those around them. Unfortunately, however, it is an ever-present pitfall for them that they fall in love with their own ideas, projects and even, in extreme cases, themselves. Strengths: SUCCESS-ORIENTED - COURAGEOUS - ENERGETIC
Weaknesses: ALOOF - IRRITABLE -EXCESSIVE
Advice: Resist overwhelming people with your energy. Act responsibly. Try not to be too needy of attention and beware of leading others on. Confirm your inner values and develop hidden talents.

ARIES II NOTABLE: Maya Angelou was an American author, poet, dancer, actress, and singer. She published seven autobiographies, three books of essays, and several books of poetry, and was credited with a list of plays, April 4, 1928, St. Louis, MO. Aries III's are quite uncharacteristic of the more self-centered, egoistic Aries types; much more social in nature, they must interact dynamically and regularly with their fellow humans, particularly with regard to bettering their living and working conditions. They are often true leaders, more concerned with doing good for their followers than with their own glory. Pioneers, they are often idealistic types who follow their visions fearlessly. Needless to say, they cannot exist side by side for long with .another dominant personality, particularly one who challenges their authority. Such struggles may confuse or bewilder those born in this week, who believe that they are only acting for the good of all. ADVICE: Tune into what people are really saying. Beware of those who wish to monopolize your time and energy. Ideals and ideas can be worthy of devotion, but also destructive. Make sure that others want to be helped or led before you offer. Try to keep in touch with the actual state of things. Beware of being carried away by your own enthusiasm. April 11, April 12, April 13, April 14, April 15, April 16, April 17, April 18 Those born on the Aries-Taurus Cusp strive for power in their daily lives, but their personalities temper and ground the fiery dynamism of Aries through the solidity and earthiness of Taurus. The undeniable trademark of those born in this week is a preoccupation with power. They see their birthright as nothing less than the very best that life has to offer. Yet they generally know how to pursue their goals without arousing antagonism in others. Powerfully persuasive, they make it easier and more advantageous to agree with them than to disagree. Whether it takes a long or a short time to achieve their ends matters little to Aries-Tauruses as long as they get there. Above all they have a superb sense of timing and of kairos - knowing the right time to act and not act.