On the other side of the Atlantic, the USA is basking in Pisces, because Pisces is its main sign.  Republicans are gloating over low unemployment, fewer citizens on food stamps and the burgeoning stock market.  However Pisces brings bubbles to the stock market, and we can expect a fairly quick change of fortune to the USA’s pumping economy due to the end of the Pisces nano-age and overflow in December 2019, and the arrival of the peak of both the Aquarius nano-age and overflow, supported by the Aquarius micro-age decan and overflow.  Aquarius is antithetical to business activity (Leo). 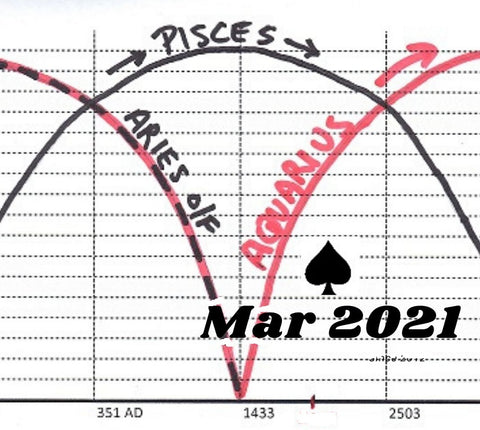 Where We Are Now 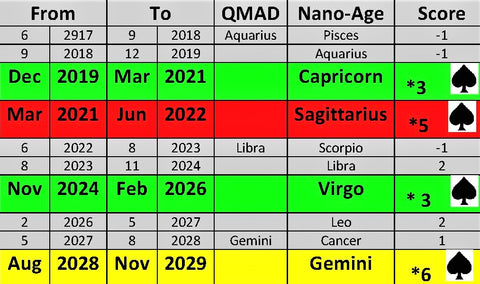 What is even more cantankerous to the economic outlook from sometime in December 2019 onwards is the arrival of the Capricorn nano-age and overflow (Dec 2019 – Mar 2021 – Jun 2022) because Capricorn is true to its archetypal attachment to doom, gloom, austerity and distress – never a good omen for the economy.

Furthermore, the Capricorn nano-age and overflow commences with the Virgo nano-age decan and overflow (Dec 2019 – May 2020 – Oct 2020) and not only is Virgo the bubble-breaker (Pisces bubbles always has trouble with Virgo reality), but it was with a similar connection of Capricorn with Virgo that brought the world the Great Depression commencing in September 1929.  However, in the case of the Great Depression, Capricorn was a micro-age, and Virgo was a micro-age decan, whereas, in 2019 and 2020, Capricorn is a mere nano-age and Virgo a nano-age decan.  The negative influence in late 2019 or 2020 is one-twelfth the strength and is in play for 1/12th the time frame.

Nevertheless, this current scenario is occurring in the Gemini micro-age (2014 – 2029), and Gemini runs counter to the good fortune and expansionary nature of Sagittarius – its opposite sign.

Taking into account that in the Libra sub-age (1970 – 2148), the influence from the three times larger Scorpio sub-age overflow (1970 – 2148) is even more powerful than Gemini in the 21st century, and Scorpio promotes reduction, minimalism, and painful rebirth – we can expect tumultuous economic times ahead.  However, this tumultuous economic time will mainly affect western economies, as Asia and other regions of the world are further back in the wake of the boat.

We have anniversaries, biennial events, diamond jubilees, centenaries, bi-centenaries and even millenarianism but rarely do celebrations arrive around every 7,000 years!  Between December 2014 and 2029, a very special event takes place that has not occurred since 5122 BC.  The world in 5122 BC was a very different place.  The population of the world was about 25 million people in 3000 BC, and so perhaps 10 to 15 million people were alive in 5122 BC – about the size of present day Los Angeles.  Nevertheless, great things were stirring in the world as this period marked the first widespread settling down of humans, farming and domestication of animals. 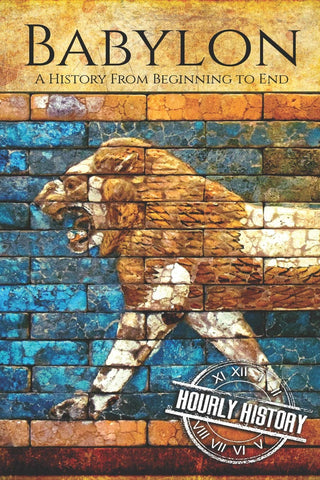 Until 5122 BC the world was the closest in temperament to the society still being shaped by mankind in today’s Aquarian age in the 21st century.  5122 BC marks the end of the Gemini age.  The Gemini age and Aquarian age are both Air signs.  The Aquarian age that arrived in 1433 AD is the first age of the same Air element since the Gemini age (7351 – 5122 BC).  Obviously, the world’s inhabitants in 5122 BC were not concerned about broadband, computers, the price of fossil fuel, pollution or over-crowding, but their heads were in an intellectually creative mode – something common with Air signs.