The February 1st SPIRITUAL INITIATE or the THIEF Card "I want to be an ordinary girl" - Princess Stephanie of Monaco of Spades: The SPIRITUAL INITIATE or the THIEF Card: Through an excess of mental power and creativity, the Jack of Spades can either become a visionary or a thief. This card also represents the spiritual initiate. Among these people we find those who have either or both qualities present. There is no doubt about their creative power and their ability to do anything with their minds. The question is whether or not they direct this energy with wisdom and patience or whether they are lured by the "easy wins" they can extract out of many situations and move towards the low side of their card. They sit in a powerful place and this power can either take them to the highest or tempt them to the lowest. These people always do well with the public and can become successful artists or actors. They often inherit money even though they can make enough on their own. They are usually ambitious and it is their basic value system, usually a result of their childhood, that is most responsible for their direction and success. The positive Jack of Spades have equipped themselves with education and training. They work for their art or their job, not just the pay check, and know they are giving their best to the task at hand. The negatives among these people destroy the inherent protection that surrounds them through secrecy, irresponsibility and cunning. Indeed - the Jack of Spades is sometimes known as the con man of the deck. Should this be the unfortunate turn of the Card, Jacks of Spades are subject to scandal, disgrace, misinterpretation of their motives, and disappointment in their friends. All Jack of Spades must strive to take advantage of the wonderful opportunities provided by the sequence of their cards. Theirs is one of the most fortunate of all, and like all Jacks, they are charismatic and talented.  http://www.metasymbology.com/ 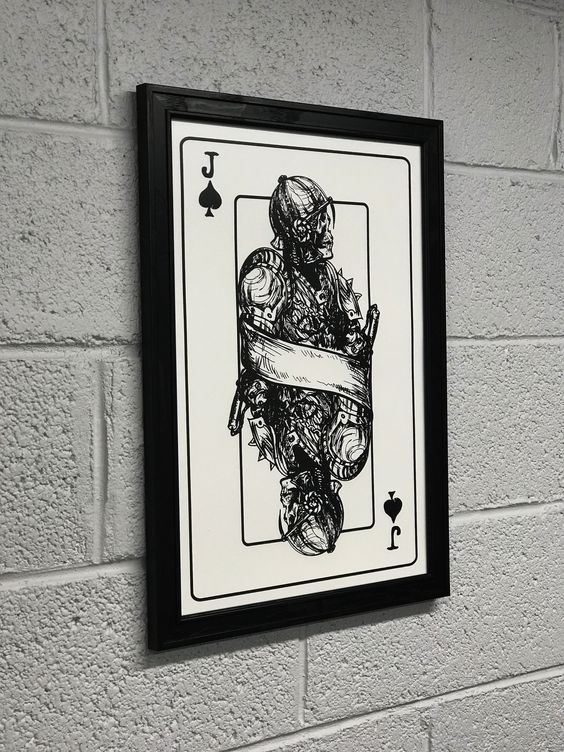 Self "Neophyte in Wisdom"