of Diamonds - FINANCIAL RESPONSIBILITY: Personality: The number six implies responsibility and karma. The suit of Diamonds relates to finances. (6d) people are keenly aware of financial debts and their repayment. This peculiar trait often manifests as a sort of paranoia about having outstanding debts. For example, a (6d) might pay their phone and utility bill ahead of time, just so they won't have to think about what they might owe in the future. Relationships: Underneath the tough exterior of the 6d lies a person who is having a difficult time meeting their needs for affection. There are often deep fears of abandonment that underlie much of what they do in their personal relationships. Until those fears are dealt with directly, they can have a hard time understanding the repeated failures that make up their love life. There is protection in work and action. Jones, Jr; After 1930 Jones gave up his amateur standing and made a series of instructional films. He practiced law, and in 1934 he founded the "Masters Tournament," a yearly event held in Augusta, Georgia, at the Augusta National Golf Club, which he had helped establish. 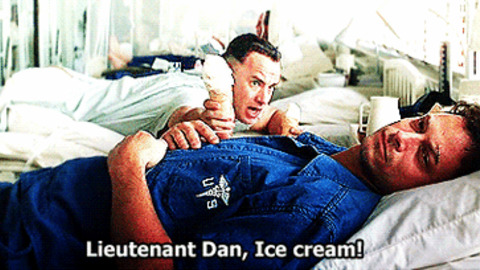 of Diamonds "Financial Responsibility" This demanding Ego, the QUEEN

of Diamonds "The Philanthropist Card" puts the March 17 in a quandary deciding what they want most. Their karma cards prepare them for success on the world stage in whatever art form they choose. The +karma card, the THREE

of Spades "The Actor Card" pushes them on stage and the -karma card, the NINE

of Clubs "The Universal Knowledge Card" is also the sexiest card in the deck. Maybe they should change it to "The Sexy Librarian Card."

Gary Sinise, actor, director and musician, has put his QUEEN

of Diamonds"The Philanthropist Card" to epic proportions in the support of US Military Veterans, able and disabled.

Gottlieb Daimler (Benz), which one is the most handsome, Benz or Daimler? Karl Benz is an EIGHT

of Hearts - The Card of EMOTIONAL POWER and CHARM, a close second in the beauty card contest world.

Rudolf Nureyev, most passionate ballet dancer and and your typical March 17 handsome guy. Dance and life was one and the same. Nat King Cole, exemplifies all of the characteristics of a SIX

of Diamonds March 17 birthday. Karma for the 6

of Diamonds - True Worth, they evaluate True Worth in terms of their craft. Sixes are fate cards, their life path is fated. Cole's fate put him on the White man's stage as the first African-American to host a National TV show. Fate also forced him to pick a side in the 'Jim Crow' era of the Civil Rights movement.

Kurt Russell, is so wrapped up in his craft that no sunlight  appears between who he is and who he is portraying on film.